BREAKING: The Senate just released a deal that would treat students like an ATM -- forcing them to pay up to 8.25% interest on student loans. 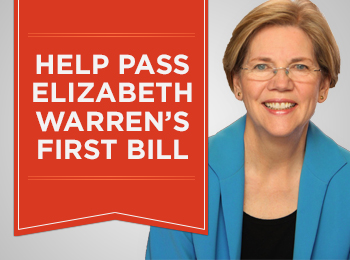 Right now, Wall Street banks that crashed our economy get loans from taxpayers and pay only 0.75% interest.